The Agricultural Engineering Lab, built in 1958, houses the BSE Shop and the majority of the department’s labs and equipment.

After spending 50 years in the beautiful, though small, Agricultural Engineering Building, the department needed more space. The University had planned to expand the original building, but the space had already been taken by other nearby buildings. In 1955, department chair Floyd W. Duffee lobbied President Edwin B. Fred for a new building, succeeding in 1958. Due to budgetary limits, the construction was split into three phases, the second and third phases built in 1968 and 1981.

The original plan for the building called for a second floor capable of holding the entire department, although lack of funding meant that it was never completed. The 2015 Campus Master Plan calls for a new 6 floor 246,000 sq. ft. building for BSE on the site of the current lab to be built after 2035.

Feldman, Jim. 1997. The Buildings of the University of Wisconsin. 311-312. Madison: The University Archives. http://digital.library.wisc.edu/1711.dl/UW.UWBuildings. 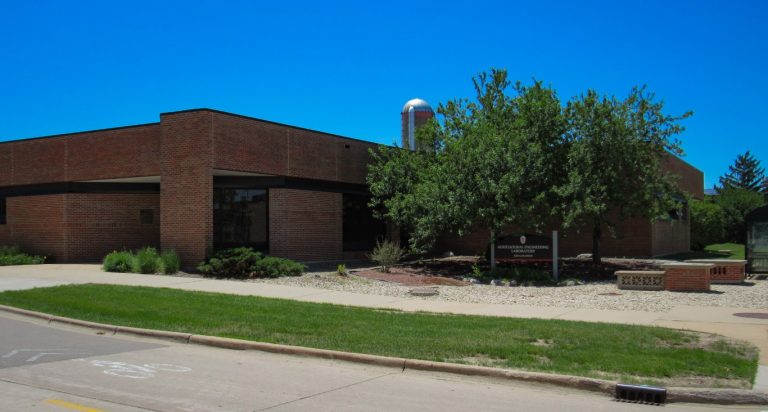